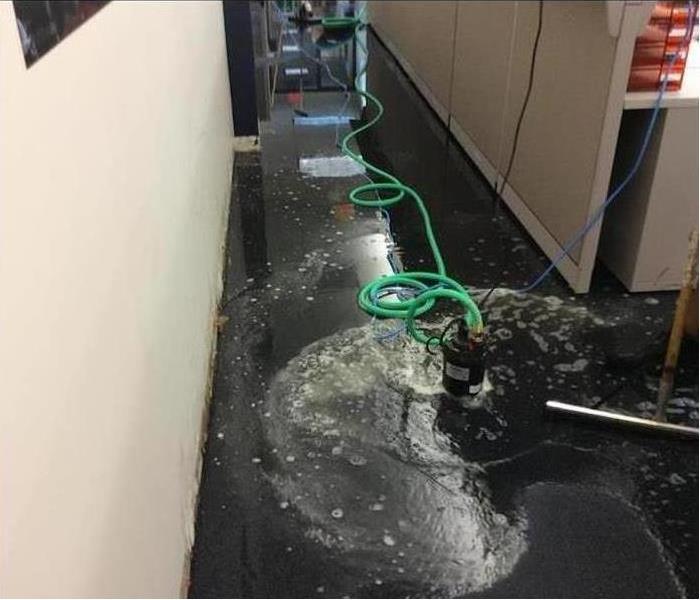 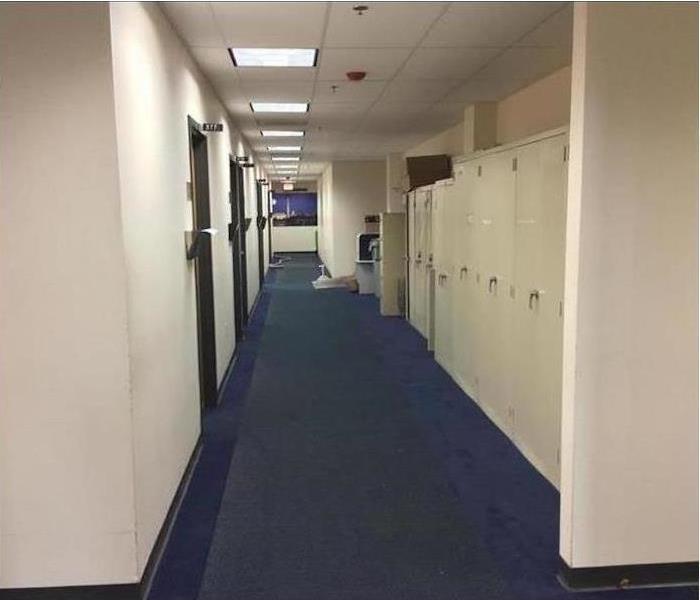 Commercial water damage occurred at this Salem commercial building when the roof was breached during a terrible storm. As the photo shows, a significant amount of rainwater entered the interior of the building. SERVPRO was contacted on and emergency basis during the storm. We placed tarps on the roof to stop the inflow of water and then began the task of pumping out the water from the building. We were able to extract the water from the industrial grade carpeting without having to take the carpet up. Final drying was accomplished with the use of industrial air movers and dehumidifiers. If water damage strikes your home or commercial facility.

View More Before & After Photos