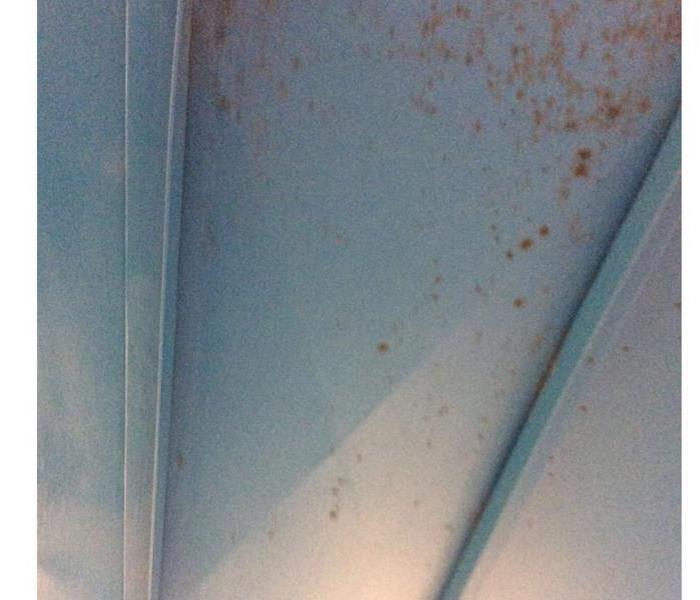 This photo shows mold growth that had been discovered at the Salem Public Library.  SERVPRO of Salem / Peabody / Marblehead was able to solve the problem ..."like it never even happened." 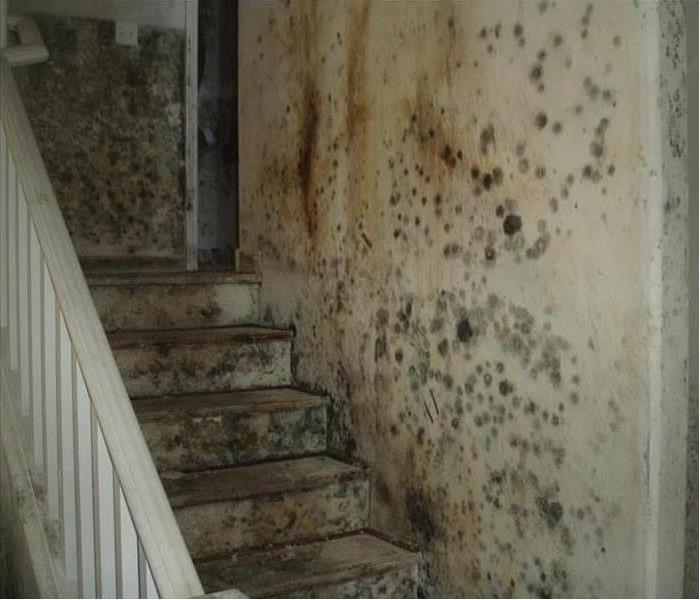 This photo was from job we did, where the customer was out of town for an extended period of time. A water leak that sat for a lengthy time lead to the whole house being covered in mold. All drywall had to be removed and everything had to be treated with a special anti-microbial.

You can easily spot the most visible type of mold, called mildew, which begins as tiny, usually black spots but often grows into larger colonies. It's the black stuff you see in the grout lines in your shower, on damp walls, and outdoors on the surfaces of deck boards and painted siding, especially in damp and shady areas. A mildewed surface is often difficult to distinguish from a dirty one. To test for mildew, simply dab a few drops of household bleach on the blackened area. If it lightens after one to two minutes, you have mildew. If the area remains dark, you probably have dirt. 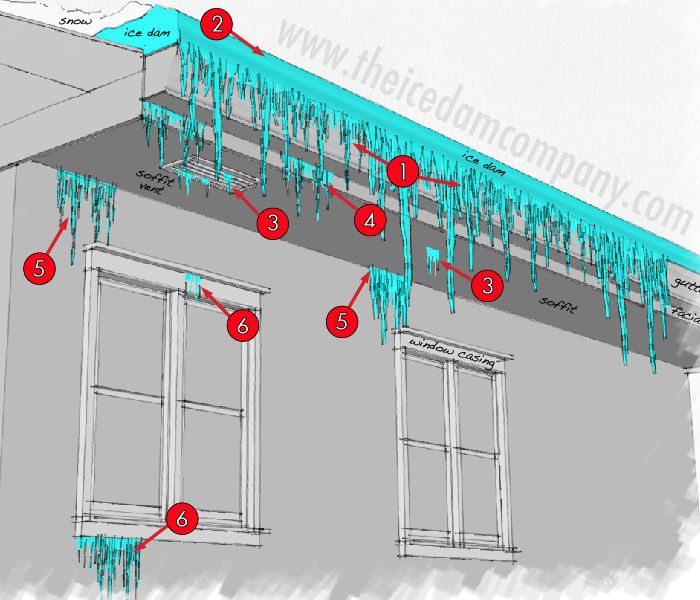 You’ll see gutters torn and damaged, shingles that are broken and falling off, and even paint that’s peeling. What you may not see is the underlying damage to the deck and in the attic including wet insulation, which can become moldy, damaged sheet-rock in the walls, and major wood and plaster rotting issues. As you can guess, preventing ice dams in the first place, or removing them as quickly as possible is essential for the well being of your property. 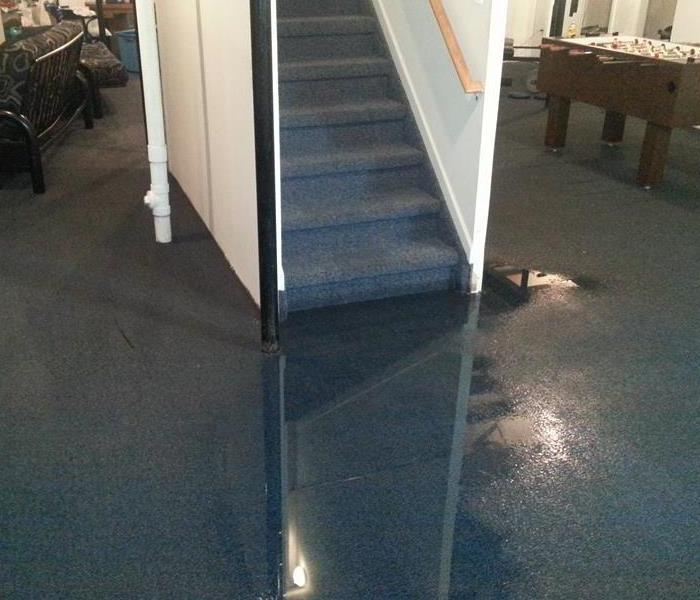 If you have basement flooding, you’re going to end up with black mold unless the loss is properly mitigated and fully dried out.  Many people make the mistake of performing that task on their own, only to realize they’ve got a lot bigger problem on their hands down the road.

We cleanup basement flooding quickly and completely and take preventative measures to make sure any mold cultures are stopped in their tracks.  Once complete, we ensure your property is dry and that you are guaranteed mold free! 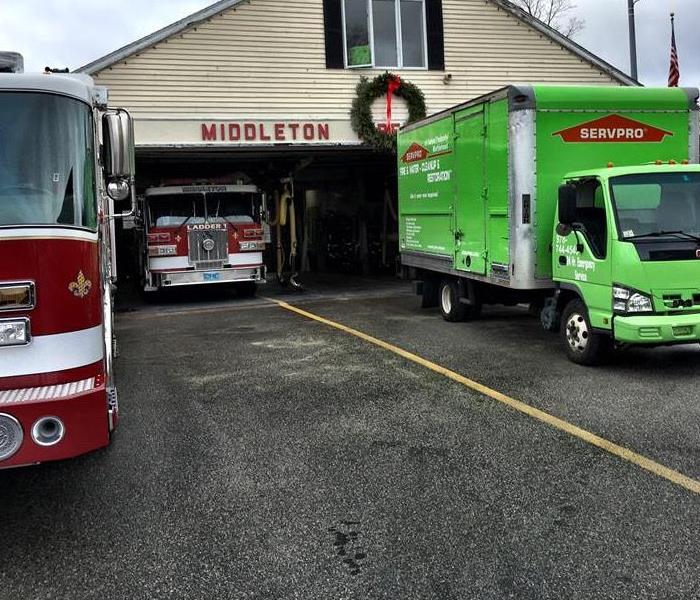 SERVPRO of Salem, Peabody, Marblehead did a mold remediation job at the Middleton Fire Department. The pros know who to call, the Fire Dept was very happy with our services as was the town of Middleton.